COLONIE, N.Y. — Troy-based business AMC Jewelry and Decor has been announced as the winner of Colonie Center’s Start with a Cart Contest.

Out of 11 local small businesses competing to win a seasonal cart in the Colonie Mall, AMC Jewelry and Decor was declared the contest winner.

Patrons were invited to visit the shopping center Saturday, Aug. 3 and check out the 11 carts and vote for the small business they want to see remain as a t

AMC Jewelry and Décor was established in 2014 by Ashley Cooper and Carmen Agrusti. The two took their love for business and art and combined their talents to create Ashley Met Carmen (AMC), a jewelry and décor company.

The owners will be awarded a cart space, three months of free rent during the busiest shopping season of the year (September, October, and November), and signage for the cart.

“We are very excited for the opportunity to showcase at Colonie Center this holiday season,” they said in a press release. “For an independent brand to stand amongst the big name retailers is an honor for us. It’s exciting to see Colonie Center embracing small businesses in such a way. We are looking forward to experiencing all of the benefits we know will come along with winning the Start with a Cart competition.”

Colonie Center is proud to support local small businesses and entrepreneurs, and looks forward to the contest next year.

“Bringing new and exciting retailers to Colonie Center is what we are all about,” marketing and business development manager Marissa McCarren said in the release. “We have so many unique small businesses in the Capital Region and we wanted to give them a platform to showcase who they are and what they do.

“We hope to see many of them here throughout the holiday season.”

In addition to enjoying music, swag bags and free samples at the event, everyone who voted in the contest was also entered to win a $1,000 shopping spree. The winner, Andrea Moore of Herkimer, plans to donate the gift card to a close friend who encouraged her to participate in the Start with a Cart event.

Colonie Center is offering one small business the opportunity to win a kiosk at the shopping mall with a competition to be held Saturday.

Shoppers will be asked to choose from among 13 small businesses that will have setups that day. Each shopper who votes will be entered into a drawing to win a $1,000 shopping spree.

The winning business, meanwhile, we be awarded a cart space with three months of free rent during September, October and November. 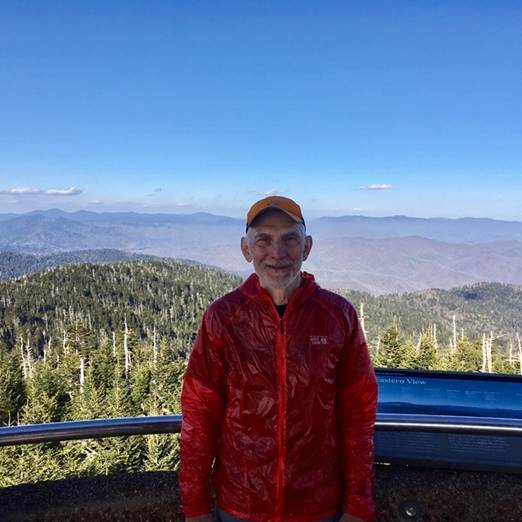 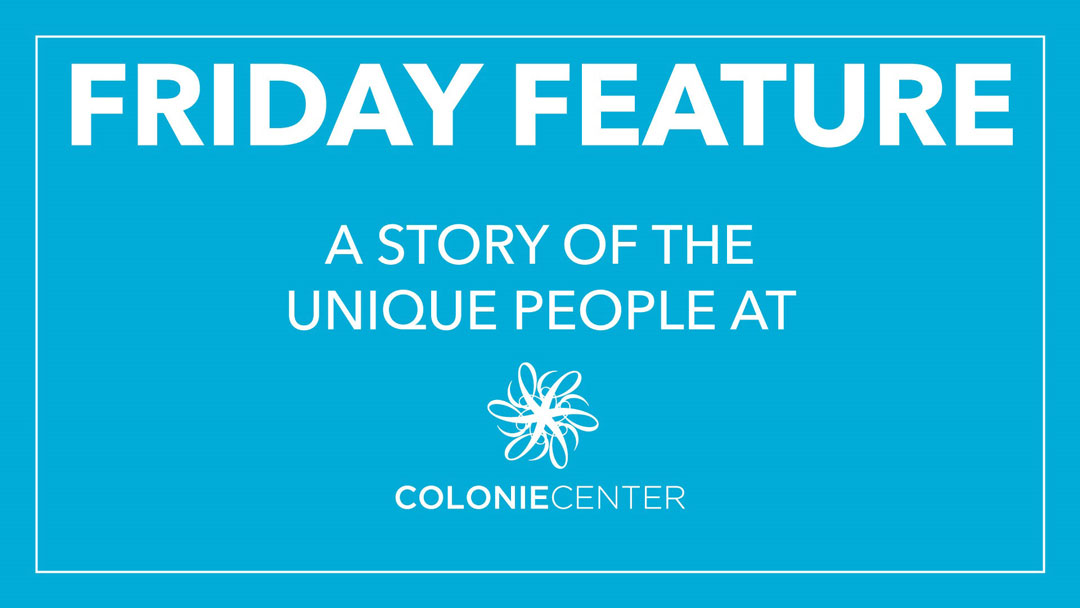 Welcome to our first ever Friday Feature!

t’s been brought to our attention that we have so many talented and unique employees right here at Colonie Center that we wanted to create an area we can talk about them! Each month we will feature an employee here that has a unique story or an amazing accomplishment, whatever it is we want to talk about it right here!  If you have an employee that you want to highlight please send an email to mmccarren@coloniemanagement.com and tell us why your employee is so awesome!

Meet Carl! Carl is currently an L.L. Bean employee right here at Colonie Center! Carl retired from NYS Department Of Transportation in July 2017 and immediately began making plans for his “Bucket List.” One of his dreams was to hike the Appalachian Trail end – to – end. Having already achieved the goals of being an Adirondack 46er, Winter 46er, and Northeast 111, and as an employee of the LLBean Outdoor Discovery School at Colonie Center, Carl has plenty of experience with the whims of nature and having the right gear to handle it.  On April 5, 2018, at Springer Mountain, GA he began his adventures as a solo Northbound thru-hiker or NoBo as they say.

Carl is carrying everything he needs in his backpack — tent, sleeping bag, water & filter, food, stove, fuel, trekking poles, etc. Carl has already hiked over 600 miles and expects to reach Pearisburg, VA by Friday June 15. While a slight knee injury has set him back slightly, he is back on the trail and making good time. The entire Appalachian Trail is 2,190 miles.

He intends to finish at the northern terminus of the Appalachian Trail at Mount Katahdin, Maine, hopefully by mid- September. Just in time to celebrate his 72nd birthday!

The below  photo is the most recent photo we’ve received from Carl on the trail.  It was taken April 26th at Clingman’s Dome, in Tennessee which is pretty much right smack in the middle of the Great Smoky Mountain National Park.

We are so proud of Carl and his accomplishment. We wish him nothing but success on the rest of his hike. We will be watching, Carl! And so can you, follow his progress on Twitter, @llbeanalbany, #carlonthetrail.

COLONIE – The Chamber of Commerce elected its 2018 Board of Directors on Thursday, Dec. 7.

Shane Rauh, business banking officer with Pioneer Bank, will serve as the Colonie Chamber of Commerce’s 2018 board chair. He has served on both the chamber’s Board of Directors and Executive Committee prior to this appointment.

The following will serve on the Executive Committee: 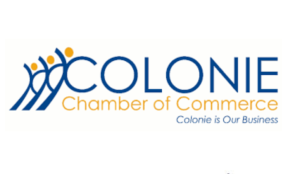 Sierra Kehn, sales operations manager with the Albany Business Review and Edward Knapp, partner with The Bonadio Group, have been newly elected to three-year terms on the Board of Directors beginning Jan. 1, 2018.

The following chamber members are returning to the Board of Directors in 2018 and will serve alongside Kehn and Knapp:

COLONIE, N.Y. >> Mall-goers had the opportunity to shop small Sunday at the first-ever #ShopTroyNY pop-up in Colonie Center.

The merchants brought their business across the river for the day in hopes of gaining new customers at the mall. In an otherwise predictable shopping environment, the #ShopTroyNY pop-up aimed to be a blast of something fun and new, said Broccolis owner and #ShopTroyNY founder Robilee McIntyre.

In addition to their booths, some vendors offered activities like pottery throwing and body marbling. Broken Mold owner Bianca Dupuis, who was giving a pottery-throwing demonstration Sunday afternoon, said she decided to participate in the pop-up to see some new faces.

“We have a lot of wonderful, loyal customers that stop by on a weekly basis, but it’s cold out and a lot of people come to the mall to stay warm,” she said. “They want to get out of their house. There’s a lot more faces that we see here on a Sunday than we would downtown, especially on a bitter day.”

“It’s a good advertising tool,” Dupuis added. “A lot of people feel that Troy is too far to come across the river from Albany, and it’s really not that far. So if we need to come to people then we will do that. It’s a great opportunity.”

David Langer, owner of Troy Cloth & Paper, said he joined the #ShopTroyNY pop-up to raise awareness about his business, especially after it’s recent move to a larger space on 3rd Street in downtown Troy.

“We decided that by participating in this pop-up, it would allow people to know that we’re still around. We’re kicking. We’re moving strong,” he said. “We’re expanding our business and growing.”

The ultimate goal of the #ShopTroyNY pop-up, McIntyre said, is to get people to go to Troy and do their shopping in the downtown district., adding that she hopes the event will entice people to come see them. “Come visit us.”

The timing of the pop-up coincides with the Troy Waterfront Farmers Market, which brings a lot of foot traffic for downtown shops on weekends, moving to its indoor location for the winter.

North Greenbush resident Christy Carroll brought her daughters to check out the #ShopTroyNY pop-up after hearing about it in the media. The family sometimes shops in downtown Troy, but typically when they’re visiting the farmers market. “

They have some cool stuff,” said Carroll, whose girls enjoyed it, too.

“We love these people who are here. Some of our favorite shops in Troy,” she said while looking around the pop-up. “I think the greater Capital District needs more awareness of the neat shops that are in Troy and that Troy is a very walkable city and that even when it’s cold, it pays to come downtown to Troy.”

Sunday’s pop-up event is the first in a series of four, with more businesses expected to joine. Upcoming #ShopTroyNY pop-ups are scheduled from 11 a.m. to 6 p.m. Sundays, Feb. 11, March 11 and April 8, in front of Boscov’s inside Colonie Center.

Millions of people across the country are counting down until midnight, but for some, staying up can be a challenge.

Hundreds of parents, grandparents and their kids packed the Colonie Center Court where they celebrated New Year’s Eve with a twist.

The theme of this year’s event was “Around the World.”

Kids traveled from station to station, learning about different countries, while also celebrating the anticipation of a new year.

“We just came for some fun. Really excited about the balloon drop. I don’t know if they’ll be able to make it to midnight so this will be a fun way to celebrate,” said Stephanie McDonald, who attended the event with her children.

“Very crowded but it’s good though. We’re inside keeping warm and inside having fun with family and friends,” said Leo Rouse, who attended the event with his children.

COLONIE, NY (WRGB) For this group of performers, it’s never too early to get up and dance!

Around 9:30 Friday morning, inside Colonie Center — on the lower level near Boscov’s about 30 to 40 dancers surprised people at the mall.

The band, ‘flame’ provided the music, while people from different programs around the capital region and beyond provided the choreography.

The programs include Lexington, which provides services and support to children and adults with intellectual and developmental disabilities;

While some challenges and disabilities might have initially brought this group together — it’s definitely not what’s at the center of their hearts.

Creative spirits and love for the arts are what keep them focused on what they *can* do.

And it’s quite clear they’re not letting anything get in the way of pursuing their passion.

Rockin’ and rollin’ for all levels of abilities.

There was music and dancing and other entertainment throughout the day. 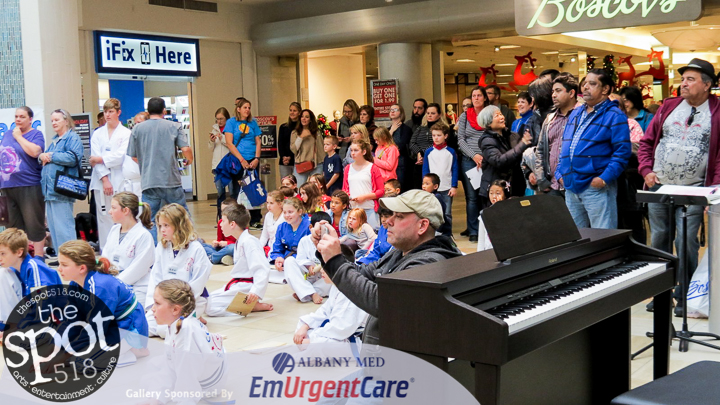